For over five decades, people the national capital region have been getting into the swim of things thanks to Mermaid. Since we opened in 1965 we have installed over 40,000 pools and hot tubs – both residential and commercial – and continue to service what we sell. We design and build in-ground pools, and we sell and install above-ground pools and hot tubs from leading manufacturers. We operate two conveniently located retail stores in the east and west of Ottawa – each offering our complete line of pools, hot tubs, accessories and suppliers. 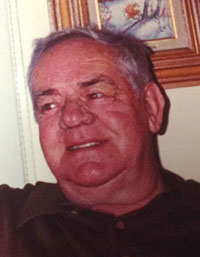 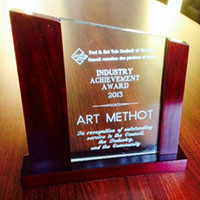 The History behind Mermaid Pools
Art Methot
Founder of Mermaid Swimming Pools
2013 Recipient of the Industry Achievement Award
Art personified the true definition of an entrepreneur. Son of a barber, and armed with a grade eight education, he became a mechanic by trade. He owned gas stations and repaired automobiles, but his love of sales led him to sell cars, trailers, and in the early sixties, inground swimming pools. He started out selling Cascade, Trojan, and Spartan pools. Believing he could build a better product himself, he approached three banks in the space of a few hours, and successfully received three loans for his start up Company. Thus in 1965, Mermaid Pools was born.
He was a shrewd risk taker, and was determined to build a better life for himself and his family. He was driven, passionate, fearless. He loved his work, and was always the first to arrive and last to leave. He had extraordinary street smarts, and failure was not an option. Furthermore, he strived to be a groundbreaker in this industry. In the 1960s he won multiple awards provided by OSPA (Ontario Swimming Pool Association). These awards were given for actual construction and engineering excellence. His marketing was based on incorporating unique features into his pools. If others offered 16” or 20” sand filters, he went to a 24” stainless steel filter. He was the first to offer vinyl liners in Ottawa, and one of the 1st in Canada. When others started carrying 30 mil vinyl liners, he went to 40mil. If their coping size was 6”, he produced a wider coping. In fact, our concrete receptor coping was patented in the 1980s. He became known as a pioneer.
Over the years he grew the business and by the mid eighties he had 4 retail stores, had expanded to the wholesale market throughout Canada, and parts of the U.S., installed pools in embassies around the world, had a warehouse in Toronto, and Montreal, manufactured his own vinyl liners, and aluminum walls, and did his own chemical repackaging. In 1979, the golden era of backyard inground pools, he sold and installed an astonishing 434 inground pools in our Ottawa/Gatineau local market. Pool installations went unabated for a full 12 months of that calendar year. Roof trusses with tarpaulins and heaters were used to cover the pool site so that work could be done in comfort throughout the winter.
In the beginning, most pool companies were Mom and Pop shops with salaried employees only. There were no tradesmen for the pool industry, and contractors were not the norm. He knew he had to develop a new format in order to allow for growth, so he began fostering pool builders. He created, trained, and financed start up operations for many contractors.
Many of these installers went on to open their own pool companies, but their roots and training came from Mermaid. This is his legacy.
Along with his sons, who were now firmly entrenched in the business, they collaborated together on some of these projects, and in the 1980s started an industry buying group called IPG (Independent Pool Group). This is still a going concern today.
Over the course of his business life, he developed special and personal relationships with many of his large suppliers, lawyers, accounting firms, city councilors, city mayors, etc. Some of them met once a month at Mermaid Pools, for think tank sessions, to explore possibilities and improvements for the long term.
Art believed in surrounding himself with the best people, and he was always on the lookout for them. If a salesman came to his door pitching his wares, he would listen to them, and if he was impressed with their sales ability, he would attempt to hire them. A good example of this happened in the1970s. His Company was selected for a provincial government audit, and at the end of the process, he recruited the auditor as his comptroller. That comptroller stayed with Mermaid for thirty some years. Art took a daily interest in all his employees, and many of them worked for him 20 plus years. He was often seen going to each department and asking what he could do to facilitate their work. He never looked down on anyone, and it wasn’t unusual to see him changing light bulbs. He was a self made man and was a great motivator, innovator, and salesman. When he retired in the early nineties he left a solid foundation for his family.

More online client services than any other Pool/Spa Dealer 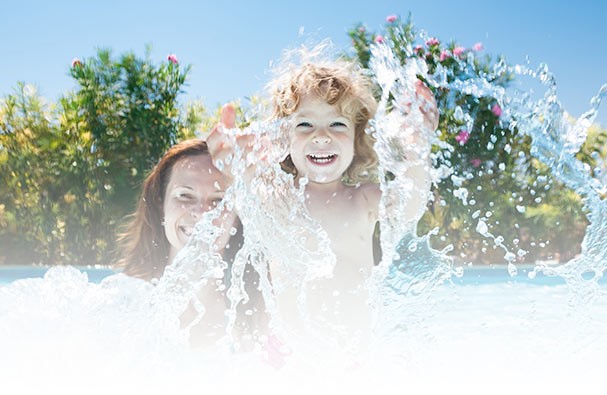 As a member of our VIP insider program you will receive monthly savings coupons, vouchers and exclusive insider promotions.
We'll also keep you up to date on exclusive rebate offers!

No thanks, I'm not interested in saving money on my chemicals and select accessories.